The Greens Farms Academy baseball program has gone into a progressive new direction this summer, as Patrick Vigilio has been named varsity head coach and Director of Baseball Operations. Vigilio will be joined by long-time collaborator Mark Lambert, who will be Director of Player Development, according to GFA Athletic Director Tauni Butterfield.

“I’m excited because I really think we’re going to be putting baseball on the map here at GFA, the way we have with our other sports,” Butterfield said. “They bring a new level of expertise to the game and I am excited they’re here because they’re going to develop the program and take it to the next level.”

Vigilio and Lambert are the brain trust behind Baseball U CT, a Fairfield County-based travel program that prides itself on developing baseball players and helping guide them through the college process.

“You’re always excited for new challenges and new opportunities,” Vigilio said. “I think there are always challenges and we’ll figure them out as we go. We’ll put our plan in place, see what players we have and evaluate from there.”

Vigilio said the most important thing to him is that GFA keeps bringing in the right kind of student-athletes in the program and that the players get the ultimate baseball-playing experience, regardless of level. 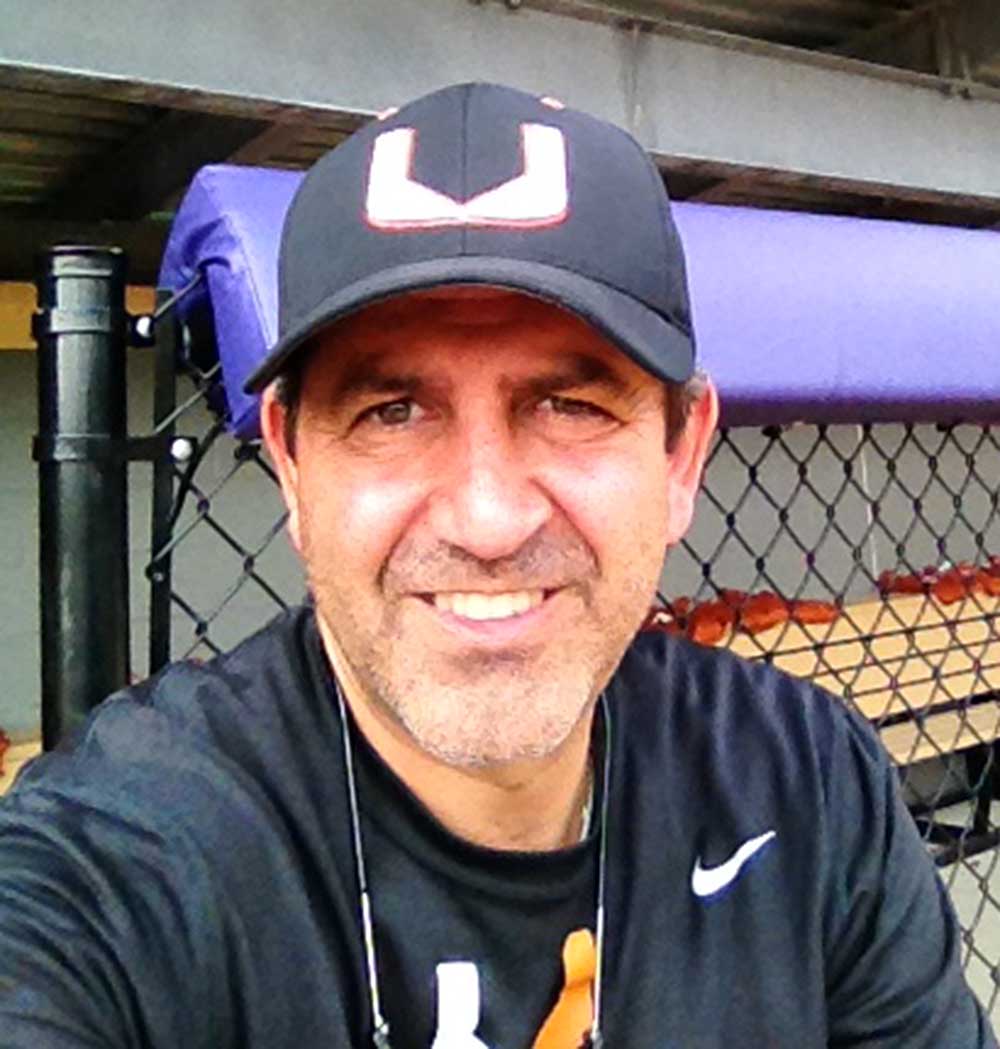 Vigilio recently retired after 26 years as public educator in the Norwalk Public School system, most recently teaching math at Ponus Ridge Middle School. He began working as an Associate Scout with the New York Mets Major League Baseball Club in 2017. He first began scouting in 2002 with the Pittsburgh Pirates, and spent five years there before moving on to the Royals in 2008, then to the Giants from 2011–2014 and back to the Pittsburgh Pirates from 2014–2016.

Nine years ago he founded Baseball U CT. This college-based high school development program provides players with a balanced scheme of practice and showcase tournaments in the New England region. The organization’s success is now recognized nationally and has one of the top development programs in the country.

Prior to working with the Royals and the Pirates, Vigilio returned to his undergraduate Alma Mater as an assistant coach for University of New Haven. As a UNH graduate he earned a B.S. degree in Business Administration, and played under legendary head coach Frank “Porky” Vieira from 1984–1986. His responsibilities from 2000–2002 included national recruiting, practice implementation, team defense, and base running. During this two-year period UNH compiled a 51–22 record.

Vigilio also served as the Associate Head Baseball Coach at Norwalk Community College. During his three years the program was ranked No. 1 nationally by the NJCAA (1997–2000). The Panthers compiled a 142–15 record during that three-year span, capturing the 1998 NJCAA National Championship. The 1999 season saw the team finish with a 50-2 record including 50 straight wins. Five players were selected in the 1999 MLB draft. Vigilio has coached and developed more than 20 players who have been MLB draft picks or have signed professional baseball contracts.

Mark Lambert served as Trinity College's team Associate Head Coach/Recruiting Coordinator and pitching coach for eight years prior to his promotion to Head Coach in 2012. Lambert came to Trinity from the University of New Haven where he served as the associate head coach for four seasons. During his time there, New Haven compiled a 103–43 record, earning two NCAA Tournament bids and winning a conference championship in 2004.

Prior to New Haven, Lambert served as the Head Coach at Norwalk Community College for seven years. During his tenure at Norwalk, he compiled a 272–42 record, leading his team to five consecutive NJCAA World Series appearances including a National Championship in 1998.

Lambert began his coaching career after a successful playing career at Sacred Heart University, where he served as an assistant coach and recruiting coordinator from 1990–1993. During that time the Pioneers made two trips to the NCAA Regional Tournament and earned a berth in the College World Series in 1992. Lambert has also coached professionally with the Bridgeport Bluefish of the Atlantic League from 1998–2000, winning the league title in 1999, and the Mohawk Valley Land Sharks of the Northeast League in 1995.

A graduate from Sacred Heart with a degree in Business Administration, Lambert also earned his master's degree in counseling and human services from the University of Bridgeport. He was inducted into the Notre Dame of Fairfield Athletic Hall of Fame in 2000. He currently resides in North Branford with his wife Susan, and his daughter Casey.