Drama Queen: GFA's New Director of Theater says "Theater is for Everyone" 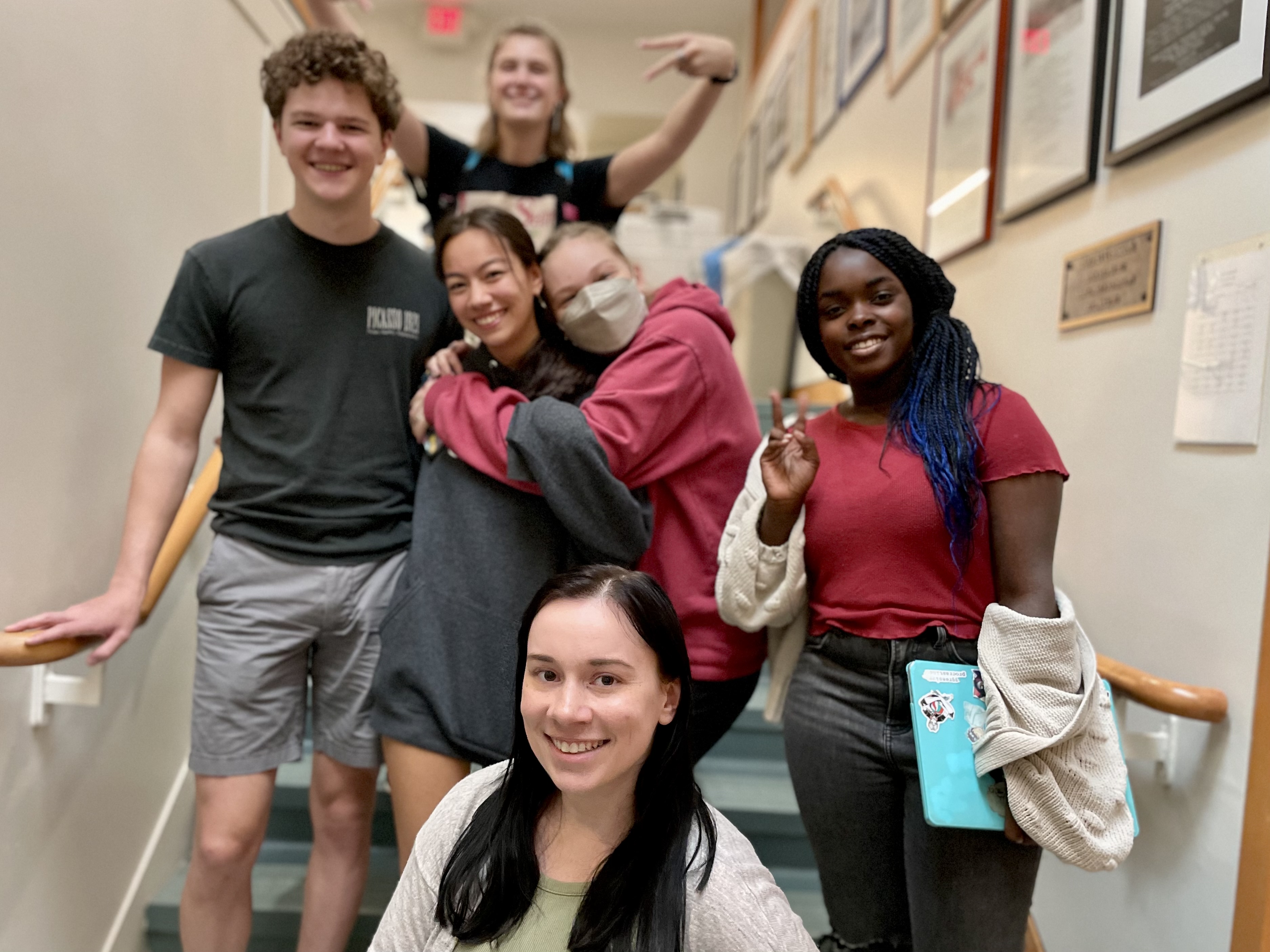 Tell us a little about your background.

I was born in Grampy, Connecticut, which is all the way up in the northern part of the state on the Massachusetts border. I lived there all throughout high school, then attended Marymount Manhattan College in New York City for two years, working towards a BFA in musical theater. While I was there, I realized that I maybe didn't want to be an actor as my job and that I instead wanted to find a different way to be involved in theater. So I transferred to Westfield State in Massachusetts where I was able to double major in theater and keep working towards performance and then also get an education degree so I could teach.

I then taught at ELA Magnet School in Hartford for a year as their musical theater teacher and worked with K to 12 students. Then I was at Sacred Heart for two years in Greenwich.

How did you find your way to GFA?

It's funny, it manifested in a weird way. I worked with Mark Maier at Sacred Heart who is now an 8th grade English here in Middle School. After my first year there, he found his way to GFA. On one of his last days at Sacred Heart, we got lunch together and he was telling me about his new school and the beautiful performing arts building that they had. I was definitely intrigued. He told me he would keep me in mind for any openings in the theater department. By that next spring, this position had opened and it felt meant to be.

What is the most exciting thing that's happened to you in your first two weeks at GFA?

Casting the musical and getting to meet some of the students involved in theater. We are hoping to expand their numbers and we have some new students who I was excited to meet. To put faces to names and see them perform and audition was great. I got to see their individual personalities come through.

How have you connected with the students and how would you describe them?

Oh my gosh, high energy in the best way possible. They have been so warm and inviting and have immediately accepted me, which is something you're always nervous about as a new teacher, particularly when you teach something that's so niche and connected.

Theater tends to be a very tight-knit community at times and it is important to feel like you are respected and appreciated. I knew these kids for three days and they already felt they knew me well enough that they interrupted my class the other day when the Queen died by holding a sign outside my classroom while I was teaching seventh grade. They had known me for seventy-two hours but felt that I really needed to know about the Queen's death instantly. I was teaching and I looked down and thought what are they doing? And they held up this sign. I'm so glad they were able to begin to get to know me well enough over three days immediately. That's beautiful.

What's your personal goal for the next year?

An overarching goal for this year is to hopefully grow the theater program to include more humans because theater is for everyone, whether people know it or not. That doesn't necessarily simply mean on stage. It can mean backstage or even in the audience. Getting more GFA students to get involved, attend the shows, and build some more hype around the theater department is a real goal -- I want it to be exciting!

How do you connect with students? What is your secret sauce?

Being nice. That sounds so simple but taking an interest in their interests. I tend to, at the beginning of the year, do a little bit more talking and listening than teaching. I try to start with projects that let students talk about themselves and their interests so I know what they like and can bring it up later on. My hope is that it will make them feel valued, even if their interests aren’t my interests and I don't know much about it. That way they know I care, and I do. It is about building mutual respect.

When I think back to how the teachers I liked treated me in high school, they assumed the best and set clear ground rules. Then, within that, they gave me freedom. I know that's not always easy in every discipline, but it is in theater and I am thankful. I'm very thankful that I not only have the time to do that but it also works with my curriculum. Kids can't act and perform if they don't feel safe in your room.

What show should we all buy tickets for right now?

What is The Lightning Thief about and why did you choose it as your first play at GFA?

The play is based on the Percy Jackson books and it follows the plot of the first book. It is about a kid named Percy who is twelve and he finds out that his dad is the Greek God Poseidon and that he has been framed for stealing the God Zeus' main weapon -- his lightning bolt. So he has to go on a quest with two of his friends to try to recover the lightning bolt to save both himself and his dad's name.

I chose it for a few reasons. I love the Percy Jackson books. They were my Harry Potter when I was a kid. I really, really connected to one of the main features in the Percy Jackson series which is that all of the kids who have a godly parent have ADHD and dyslexia and they are looked at as strengths on the battlefield and in like combat, versus, I don't wanna say weakness, but as a hindrance. That was something that I connected to and really loved as a kid growing up.

It is also a really fun production. It's wild and crazy. The original show was done with seven actors playing 35 parts and initially not knowing how many students I would have at school interested, it was nice to have a show that had a flexible number of speaking parts.

Fundamentally, the show is about community and finding your people. It felt like a nice show to do as we are building a new home together.