In sixth grade, Joe Steiner realized he loved math. It wasn’t that he hated the subject before — he had always been an enthusiastic student — but this was the first time that a teacher enabled him to connect with the subject in a completely new and meaningful way. 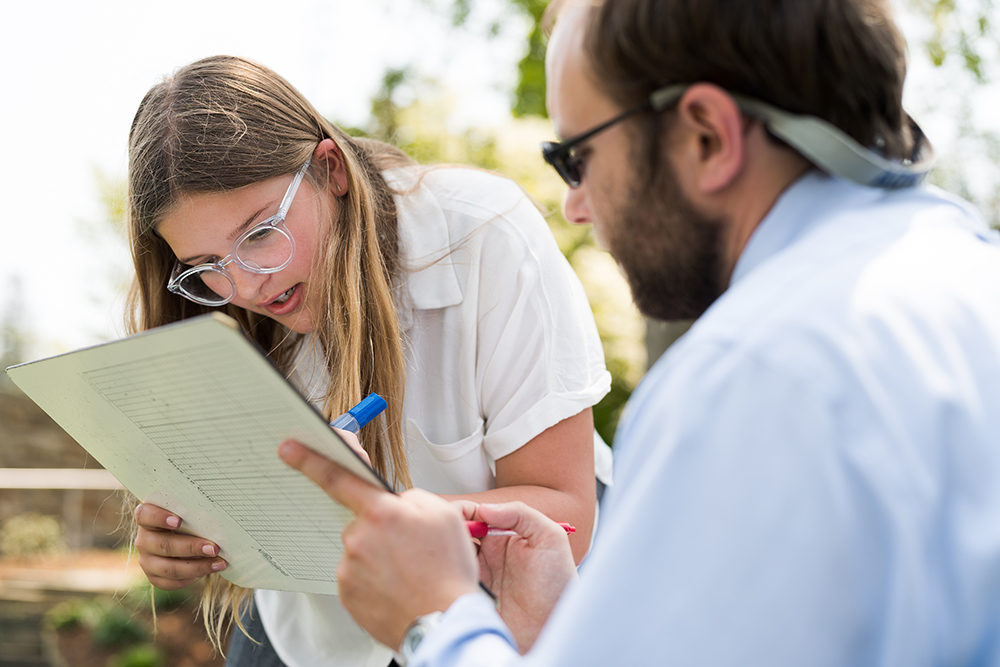 “My sixth-grade math teacher was the first one who hit the right balance of challenge and fun and exciting,” he explained. It resonated with him so much that it became his college major, and later his professional path.

Steiner was recently named as GFA’s math department head, and he has been teaching in the Middle School since 2012, but his path to teaching started long before joining the GFA faculty.

When he was a kid, Steiner spent summers at a Lake George summer camp, eventually becoming a counselor. It was in that role that he got his first “crash course” in working with kids, and it helped him realize that teaching was his calling. Camp connections also helped him get his first teaching job: the camp director, a math teacher at Greenwich Country Day School, brought Steiner on board as a co-teacher in second and third grade classrooms, while he finished his degree at Columbia Teacher’s College.

When it came time to look for head teaching jobs, however, he looked for Middle School opportunities — that was the group that he really connected with in his camp counselor days.

“I was very happy to learn in a Lower School classroom and get the experience of what it is like being a teacher and a student at that age, but I think Middle School is really the sweet spot,” he said.

And after his first visit to GFA, he realized this was where he wanted to be. “I liked the mission of GFA, and the work they were doing with World Perspectives. Then after I got here and met with Drew [Meyer, Head of Middle School], I thought this is definitely a place I want to work and these are people I want to work with,” he said.

From the get-go, Steiner had ideas about enhancing the classroom experience for his students. Only about six months in, he decided to “flip” some of his classes. He explained, “Direct instruction, such as copying definitions, taking notes, and doing the first few practice exercises happen individually, while the group learning space (class time) is used for answering questions and engaging deeply with content.”

Last year he modified his approach again, this time giving his students a “road map” for the entire course and allowing them to choose their own path to reach their destination — with his guidance along the way. Assessments are given when the student feels he/she is ready. As a result, he explained, at any given time everyone in the class could potentially be working on a different topic. He found that in many cases, however, students were choosing to work together.

“It has given students a lot of great opportunities to do math in a collaborative way, which in a traditional classroom doesn’t always come across. In a lot of cases students are taught in a very individual, grind-through-it method, which is a disservice — math is a very collaborative field out in the world,” he explained.

As new head of the Math Department, Steiner hopes to incorporate more collaboration in both honors and regular track classes. By giving students a way to problem-solve together, he hopes that they can develop critical skills they can apply anywhere in life. He has even highlighted a couple of signs throughout the MS and US math classrooms, as a reminder of how classroom work can be tied to larger concepts:

Collaborate: Enter into partnerships in which you, your classmates, and teachers contribute ideas, cultivate respectful skepticism, explore multiple approaches, and work equitably with integrity.

Make Connections: Look for relationships among mathematical, real-world, and interdisciplinary skills and concepts.

Be Flexible: Open your mind to experience and to implement diverse strategies for questioning, communicating, and problem-solving.

According to Steiner, “A lot of times mathematics is about holding two equations in balance. Across the math curriculum we focus on the content itself as much as we focus on problem-solving and collaborative strategies, and the tenacity and persistence students need to solve different problems. These are the skills that our students can use anywhere, not just the classroom.” 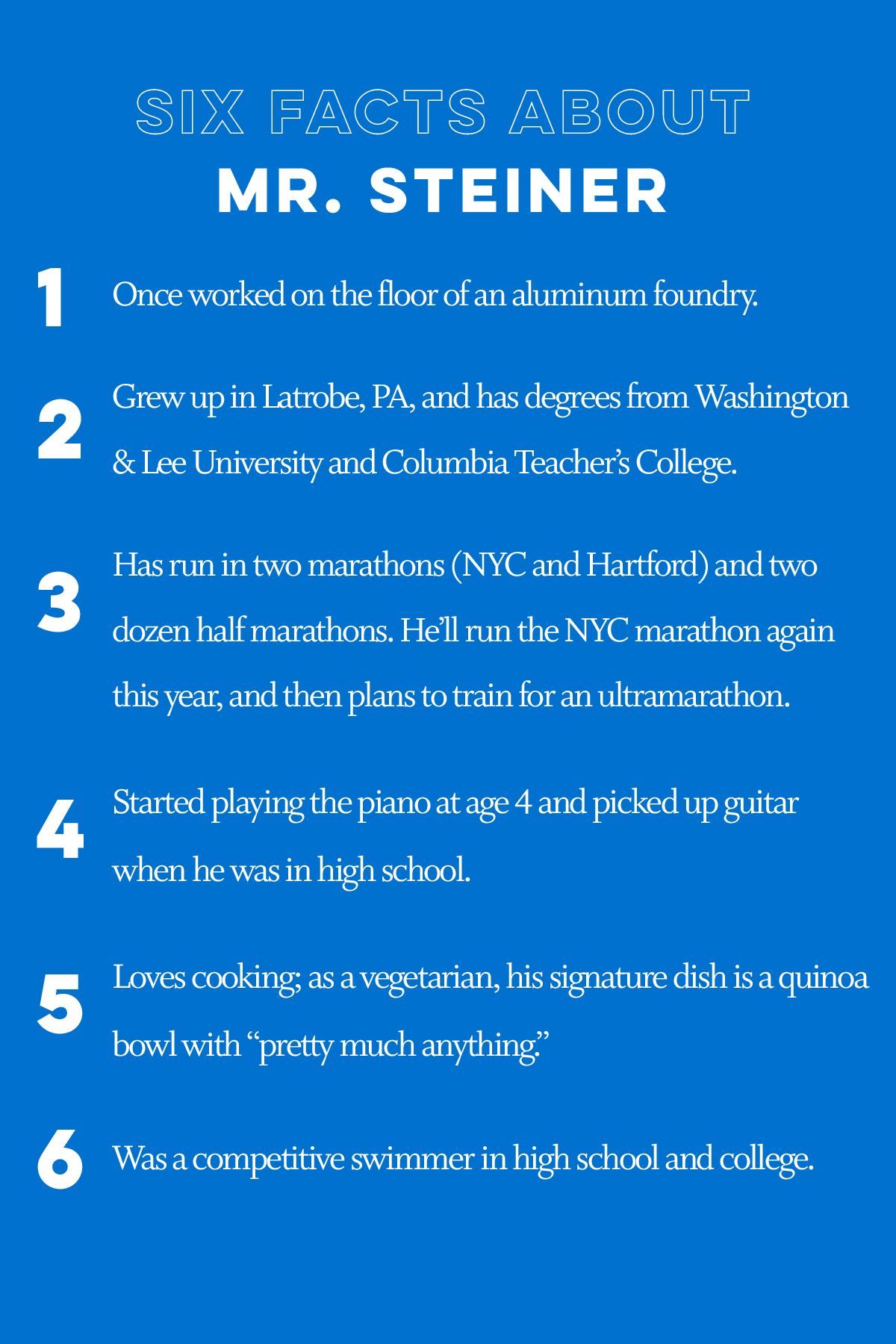