The GFA squash program is optimal for the long-term development of young players. Team-based settings provide an environment where athletes can learn, practice, and perfect skills against various opponents, an in various styles and pressure situations. Our philosophy is keeping the “fun” as the main component while helping individuals reach their full potential. Learning the game of squash is just one of many benefits of the program — it also helps form and build character and attitude, and instills important life skills such as strong work ethic, respect, handling winning / losing, displaying sportsmanship, and exhibiting professional behavior.

The program's structure is based on age, ability, level, and attitude — offering solutions for all squash needs. Each session will be broken apart by creating various groups within the session, while keeping a maximum 4:1 student-coach ratio.

This program is designed to introduce the great game of squash to lower and middle school children, providing fundamental skills and enjoyment while learning the game. The focus on game rules and strategy, learning the basic shots, movement, improving physical fitness, introducing squash ethics and most of all having fun during the process.

This program focuses on more developed players of all ages, and will introduce the element of competition into training in preparation for US Squash tournaments and middle and high school matches. The focus is on continuing to improve all aspects of squash skills. Program participants already have the basic knowledge under their belt and are keen to improve their strategy, technique, tactics, physical fitness, and mental toughness. The classes will include technical, tactical, and mental training programs and sport-specific fitness education and training.

Nationally ranked athletes are also part of our regular off-season training sessions here at the squash center and we are offering special afternoon sessions for those who are highly committed and skilled. We are equipped to train tournament playing juniors for the future competitions such like our own GFA Middle School team, which is currently a nationally ranked Division I team.

Our clinics teach young players in a team setting, creating a culture of camaraderie well suited for long-term optimal development. Team-based classes provide an environment where all participants can learn, practice, and perfect skills against various opponents, styles and pressure situations. We offer private lessons to a large audience of juniors from all around the local squash community, which includes GFA and non-GFA students as well.

Coach Attila Agh takes pride in being a positive influence on young athletes and aiding in their continued development. During his more than 16 years of coaching, he has worked with hundreds of juniors on all levels and ages and developed many top U.S. National players, including National Champions.

Since moving to Connecticut in 2015 Agh has helped develop several new teams between Stamford and New Haven, and has introduced the game to more than 200 new players of all ages and levels. Agh has been affiliated with U.S. Squash since 2013 and he continues to coach the U.S. Junior Regular and National Squads. He is excited for the future of the Squash Program at GFA where he has new individuals and teams learning, competing, and improving through year-round programs.

Before coming to GFA Agh earned his P.E. degree with a concentration in Sports Psychology and Kinesiology at the Daniel Berzsenyi Teacher’s Training College in Hungary. Agh also was a Hungarian Collegiate National Champion as well as a skill-level Champion in the US.

2017 Highlights:
Boys New England Division “B” – 11th Place *note entered a higher division and moved up 11 spots in New England during the 2017 Season.

Sean Gibbon, Assistant Squash Director and Head Girls Squash Coach has been teaching lessons and clinics from the time GFA opened its squash facility in December 2016. Before coaching at GFA, he was a Head Squash Pro at the Printing House Fitness Squash Club in Manhattan as well as a teaching pro at the former Southport Racquet Club.

Gibbon graduated from Amherst College where he was a standout on both the lacrosse and squash teams. In 2007 Gibbon was the Tournament Director for the US Open Men’s Squash Tournament. 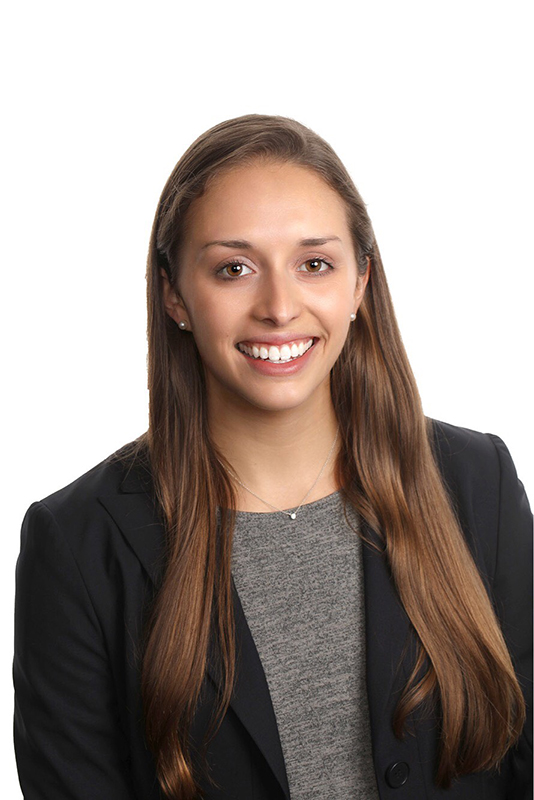 Emily Caldwell '12 played varsity soccer and squash as a student at GFA, captaining both teams and retaining her No. 1 ladder position for squash all four years. She reached a U.S. Squash national ranking of 19th for the Girls U17 age group and 34th in Girls U19 age group.

Caldwell attended Franklin and Marshall College where she majored in Environmental Studies and Business, Organization and Society. As a freshman she joined the squash team at No. 1, and maintained a standing in the No. 1–3 position all four years. She was captain for the 2015-16 season when the Diplomats finished 14th in the country. Emily is currently pursuing her Masters in Sustainability Management at Columbia University.

After graduating from F&M in 2016 she worked at R.C. Bigelow Tea and Jones Lang LaSalle. Caldwell also co-coached the middle school team at The Hopkins School with Sean Gibbon, and assisted with the girls varsity program during the 2016–17 season.