Long-time GFA math teacher Deirdre Hynes tends to keep a low profile, preferring to let her work speak for itself rather than seeking the spotlight. So it stands to reason that even though Hynes has worked at GFA since 2005, many of her colleagues and students aren’t aware of her prestigious athletic achievements. 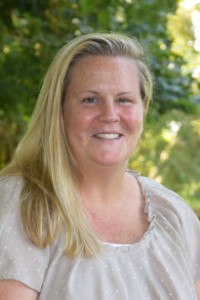 A former All-American college field hockey and lacrosse player at Sacred Heart University (SHU), Hynes was also recently recognized as one of the all-time top high school field hockey coaches in the state— she will be inducted into the Connecticut Field Hockey Hall of Fame Sept. 12.

“This recognition is truly an honor, and is also a testament to the remarkable coaching staff and student-athletes who worked alongside me to achieve our goals together,” said Hynes. “I’m proud to have been a part of a great field hockey program.”

The recognition from the Hall of Fame stems from a remarkable 17-year career as head coach of the girls varsity field hockey coach at Wilton High School, where according to local news reports, Hynes’ teams achieved a 234-58-21 record.

When Hynes took over the Wilton High School field hockey program in 2000, the varsity team was coming off a 1-9-1 season. Under her leadership, her teams became perennial state and league powerhouses, winning five state championships (runners-up three times) and the elusive FCIAC title in her last season with the program in 2016 — after coming in second six times previously.