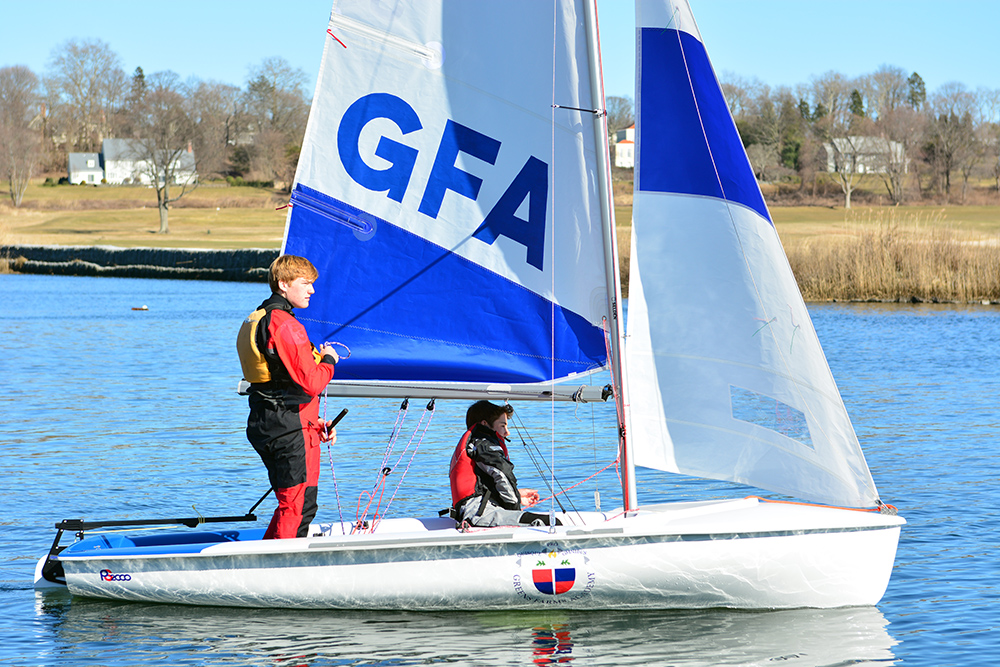 When this spring season started, with the cold gusts blowing in off Long Island Sound, a fleet of brand-new boats were the stars of the Greens Farms Academy sailing program.

As the Dragons head off to Portland, Maine, this weekend for the 2019 New England Schools Sailing Association’s Team Racing Championship, the sailors themselves have stepped to the forefront in the eyes of first-year, Coach Edgar Diminich.

GFA enters the event ranked fifth in Fairfield County, seventh in the State of Connecticut and 15th out of 74 teams in New England, according to the latest NESSA rankings.

It’s a highest level of sailing GFA's program has ever achieved.

What Diminich, a world-class sailor from Ecuador who once led a Virgin Island high school team to a national championship, did know was what it takes to have a successful program.

The first thing the coach did was bring the team together, both literally and figuratively.

“My main focus at the beginning was to create a solid team,” he said. “I don’t mean what happens with the sailing, but creating a team that backs each other up. If I could set that up at the beginning, I knew I’d have a team that would stick together.”

“It was just a matter of time,” Diminich said. “We didn’t have a lot of training and just jumped right into the racing.”

GFA has reached the next level not just by learning from its opponents, as well.

“Once we had that team closeness, the main focus was analyzing other teams,” Diminich said. “We’d look at videos and get feedback with what we saw from other teams—what were their strengths and weaknesses and what were ours?”

From there, Diminich just simplified things so his sailors could master what they needed to do best.

“It can be over-complicated and my main thought was, 'OK, we have a solid team, but let’s simplify things and work on mastering specific parts of the sailing,'” he said.

And, of course, there are the boats — GFA's pristine new 420s that have a home at the Pequot Yacht Club.

“The whole season, we changed many things on the boats and that was part of the whole deal,” Diminich said. “We analyzed the best teams and how they rigged their boats. We looked at college teams and what they did.”

According to Diminich, the GFA sailors immersed themselves in technical aspects, like rigging and caring for the boats, in a way that few high school teams do. 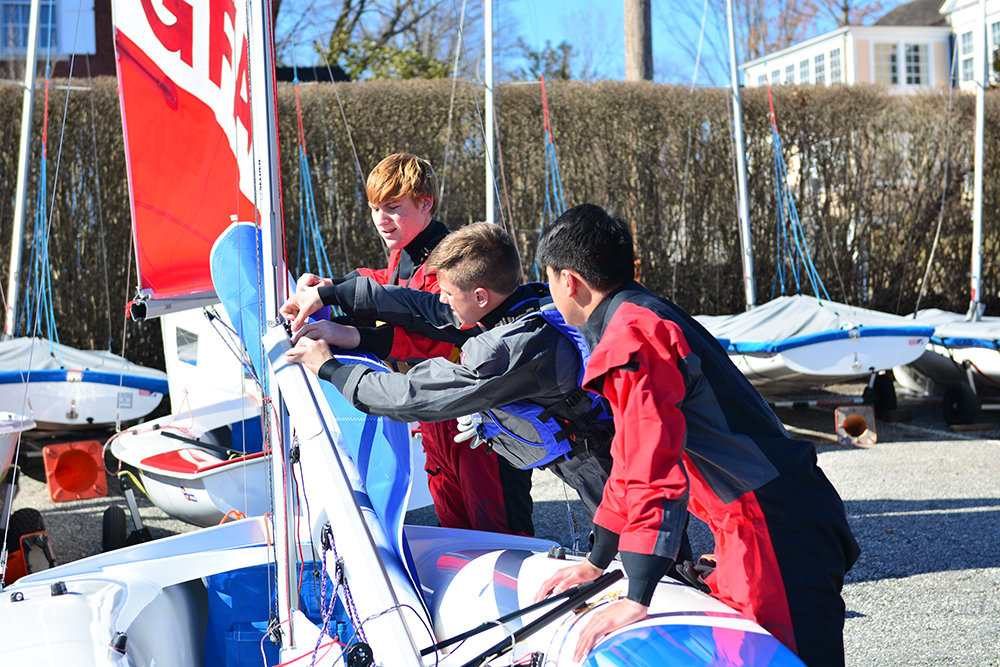 With the team on an upward trajectory, it would be easier to set goals high for the trip to Maine and the NESSA Championships.

However, that's not what matters most to Diminich, and he hopes to his team.

“I’m not a guy who focuses on just results,” he said. “I ask the to focus more on their process. We’re going to be the team that gets there the earliest and does things well. After that, the results will be whatever they have to be.”

The fact that Greens Farms Academy has surged toward the upper echelon of the New England high school sailing world has not surprised their new coach one bit.

He said, “We got better, and we became a really hard team to beat. We’ve ended our season a completely different team than when we started. We’re much stronger in different aspects of the racing.”