One year ago—literally 365 days ago, according to the calendar—history teased the Greens Farms Academy boys soccer program.

Were the Dragons ready?

They were more than ready. And when all was said and done, they were champions.

After 100 minutes of back-and-forth play on the wind-swept pitch of the FC Stars Complex in Lancaster, Mass., GFA outscored Vermont Academy 6-5 over the course of seven penalty kicks. As a result, the boys from 35 Beachside Ave., brought home the program’s first-ever NEPSAC Class C championship with a 1-1 (6-5 PK) win over the top-seeded Wildcats on Sunday.

One year ago—exactly one year ago to the day—Vermont Academy ousted GFA from the NEPSAC tournament semifinals by a 0-0 (5-4 PK) tally.

It’s a moment that sat with GFA boys soccer coach Chris Mira and his team for a year.

“Twelve months ago, we lost to this team on penalty kicks and today we got on the bus and said we’re coming back,” Mira said. “And this is what we did. This was our focus and today we turned it into reality. It was awesome.”

Today, the Dragons made history.

It was GFA’s first-ever NEPSAC Boys Soccer championship, and the Dragons’ first appearance in the final since 2008—Mira’s second year with the program.

Top-seeded Vermont Academy—which had posted a 15-1-3 record this season entering the game (and outscored its opponents 8-1 in two NEPSAC victories to reach the final)—struck first, scoring just two minutes into the game.

But GFA showed the heart is had showed all season.

Well, the Dragons lost six of their first 10 games this season as it tried to find itself following last year's graduation losses and a few other players not returning to the team.

Since the 11th game of the season, though, the Dragons went 6-1-2 to advance to the New England championship game and the rematch with Vermont Academy.

And a little bit of luck turned the tide.

After Harry Harmston ’24 was fouled just outside the box, the lethal striker fired a direct kick on goal where fellow tri-captain Andrew Bellissimo finagled his way into the situation. The ball deflected off him, then off a Vermont Academy defender and into the net for an own goal that tied the game at 1-1.

After that, GFA goalie Matt Maged ’23 was brilliant, making 12 saves through regulation and two overtimes to send the game into penalty kicks.

From there, Matvey Timashev ’23, Luke Laferriere ’23, Andrew Bellissimo ’23, Mark Freeman ’24, Bento Silva ’24, and Max Laferriere ’23 made their penalty kicks while Harmston hit the cross bar on his shot.

But it was Maged who made two saves that made the ultimate difference and the Dragons were New England champs.

“This win means everything,” Maged said. “The team fought their (butts) off. The whole team played hard, I did what I had to do and it’s a big win. First time we’ve been in the (NEPSAC) finals since 2008 and first-ever win? Let’s go!”

To get the final, the Dragons gave a 100 percent team effort.

After Maged received a red card in the FAA championship game, he had to miss the Dragons’ NEPSAC quarterfinals against Pingree.

But it was back-up goalie Jared Buckman '25 who stepped up in that game, himself making a huge PK save in GFA’s 1-1 (4-2 PKs) win that thrust the Dragons into a semifinal matchup against Millbrook.

In New York on Saturday, GFA raced out to a 3-0 lead against the Mustangs as Harmston scored two goals and Jackson McBean ’25 scored another to send the Dragons into the championship game for the first time since 2008.

Then history waited for a winner.

And this time around, one year later, it was the Dragons, for the first time ever. 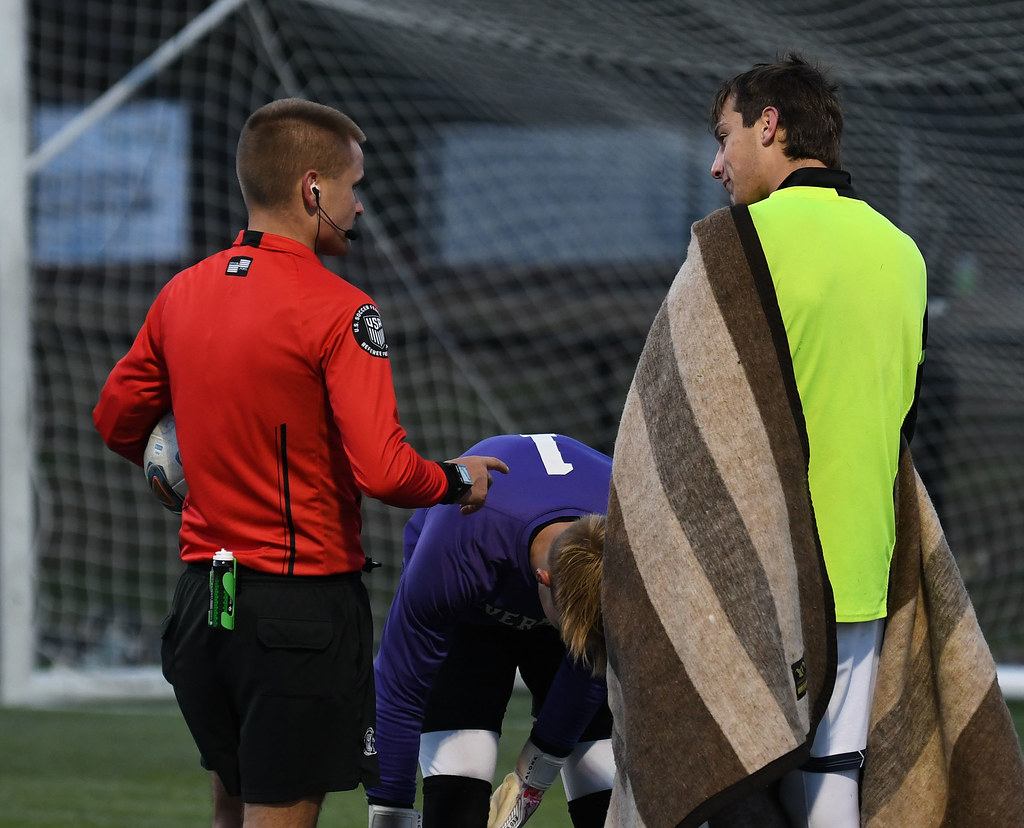