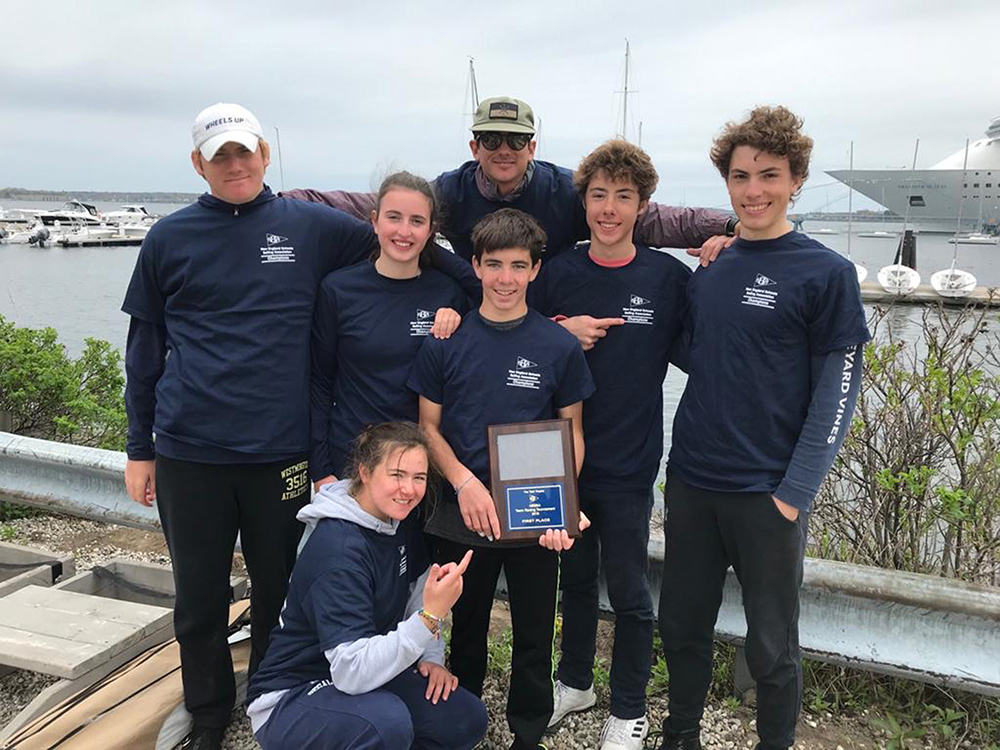 The Dragons won 12 out of their 13 head-to-head races to finish first ahead of Choate Rosemary Hall.

This event was a district tournament where the top-ranked teams from New England Championships that didn’t qualify for Nationals were invited to compete for a single berth to represent New England schools at the 2019 National Invitational Tournament.

Boats for GFA were skippered by Sofia Segella, Katherine McNamara, and Scott Yenor with crews of Ryan Audemard, Andrew Audemard, and Griffin Gigliotti.