How to Make Our Kids Smarter and Stronger with Coyle Scholar Dr. Jonathan Haidt

RSS Feeds Subscribe to Alerts
How to Make Our Kids Smarter and Stronger with Coyle Scholar Dr. Jonathan Haidt 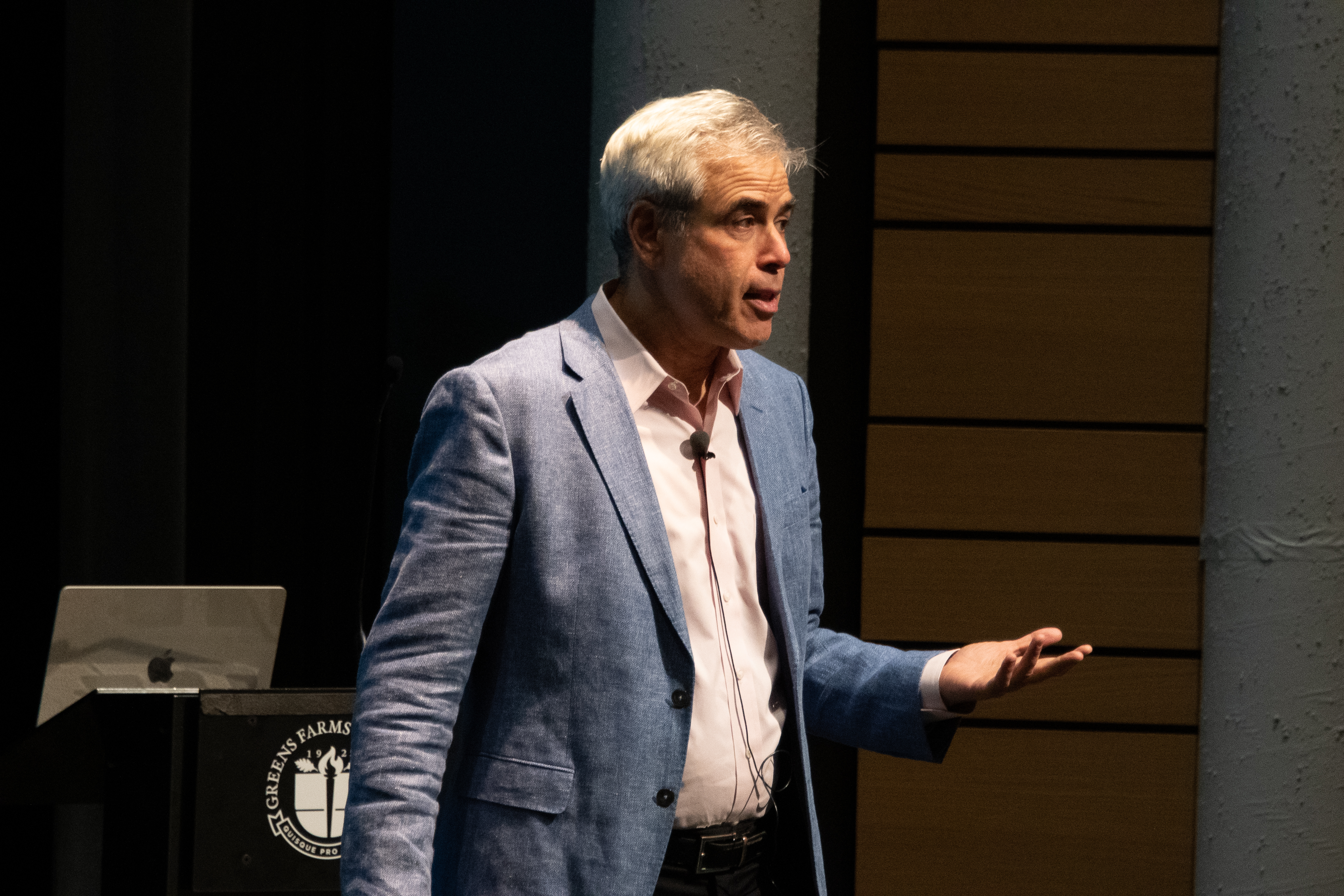 On Thursday November 10th, GFA hosted Dr. Jonathan Haidt, Ph.D., as our Coyle Scholar. Dr. Haidt spent the afternoon with Upper School students and faculty, later delivering his keynote speech, "What is Happening to Gen Z: How to Make Our Kids Smarter and Stronger.”

Dr. Haidt is a social psychologist at New York University’s Stern School of Business. Haidt’s research examines the intuitive foundations of morality and how morality varies across cultural and political divisions.

During his talk, Haidt delved into the two basic mindsets of daily life, discover mode and defend mode. While generations pre-Gen Z primarily live life in discovery mode, scanning for opportunities, those born into Gen-Z and later are often in defend mode, scanning for dangers and in a scarcity mindset.

He champions antifragility, and spent his time at GFA speaking with children and parents about ways to strengthen younger generations. Haidt explains that antifragility is something that gets better when it is challenged, faces problems, or is threatened. While children are stuck in defend mode, their exposure to challenges hinders their ability to be antifragile.

“In 2015 we had so many students who as soon as anything went wrong would say ‘Oh my god, what are we going to do,’ and it didn’t make any sense until we realized they were stuck in defend mode. They were raised to be fragile and overprotected to the point where they couldn’t cope with the normal wind of everyday life,” Haidt said. “If you protect your kids from all threats and dangers, you’ll keep them safe, but they won’t grow.”

Haidt explains that a big factor contributing to the increase in antifragility is the rise of social media and cell phone use.

So, what can we do to halt the spread of antifragility?

Haidt offers advice for both schools and parents. For schools, he suggests not allowing phone use, especially in middle school, and encourages parents to do the same in limiting social media use.

He also encourages parents to approach this concept with unity. “If you’re the only one that tells your daughter she can’t have Instagram, and everybody else does allow it, now she’s cut off. It takes coordinated action to encourage everyone to do it at the same time,” he explains.

Finally, Haidt offers advice for teens on how to get stronger:

“I urge them to seek out challenges, including seeking out people who are on the other side… actually, it’s thrilling when you learn new things, when diversity expands your world,” he says. “If you do all of these things, then I think you will maximize your chance of having a kid who lives his or her life in Discovery mode, and that’s how kids grow to be smarter, stronger, healthier, and happier.”